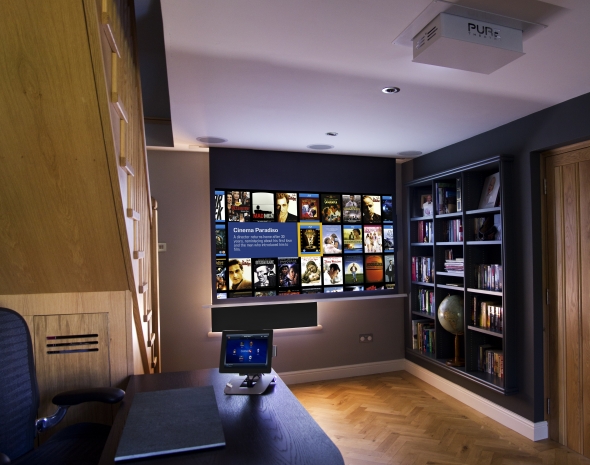 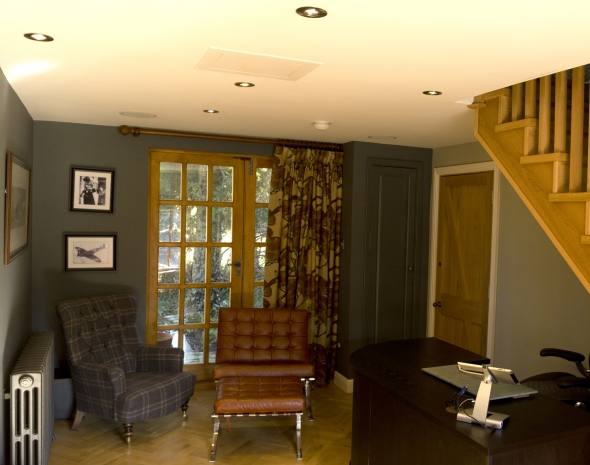 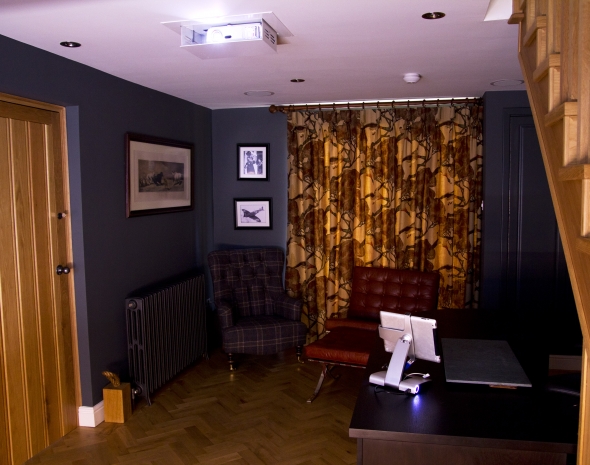 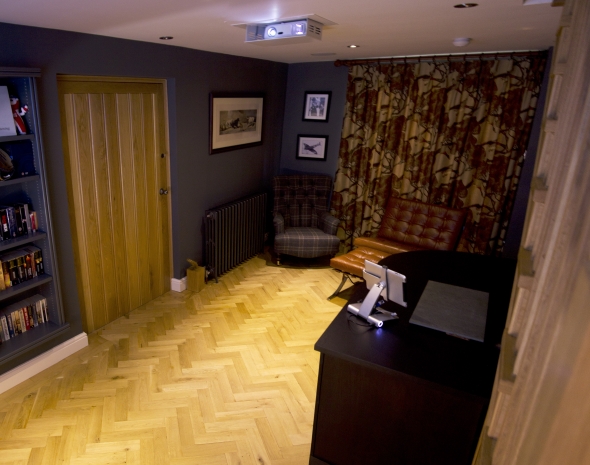 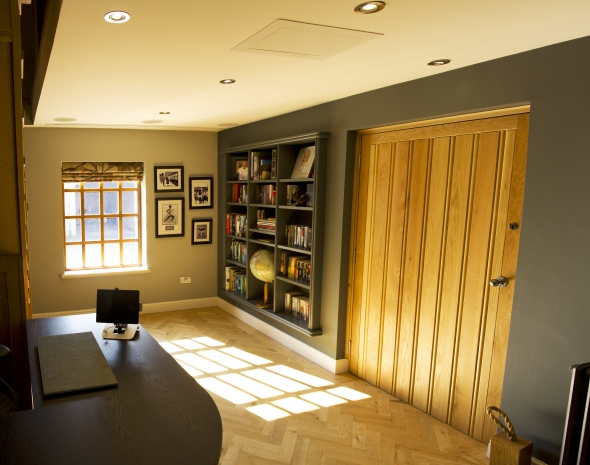 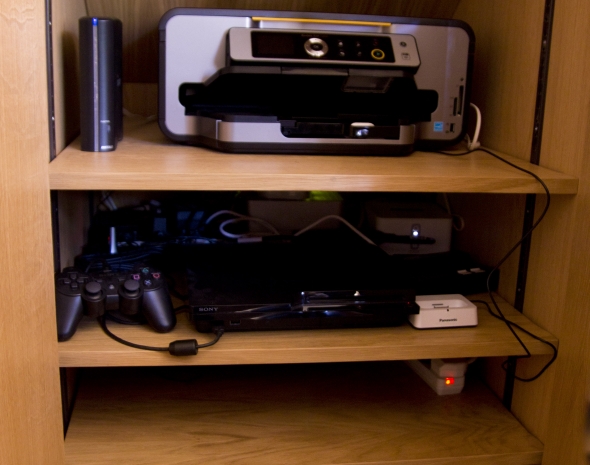 The client approached us when refurbishing an area at his home with the view to installing a large TV scfeen with surround sound. He also wanted to incorporate PC powerpoint presentations and is wife was especially keen to use the proposed audio system for itunes playback.

One of their main concerns was how the audio and video equipment would impact the general aesthetics of the room, the TV was of particular concern as there did not seem to be an obvious place to mount it due to windows and patio doors on each end wall.

After an initial survey at the clients property we came to the conclusion that a hidden automated projection system could work really well. This could double up as a TV system for Sky TV ,Movies, Sports and also ideal for PC presentations. This solution meant ,when not in use the system seamlessly disappeared and the projector lamp life was not a great issue as the room was for occasional use only. 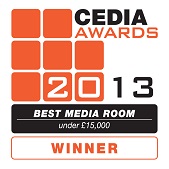 Next stage was to arrange for the client to visit our showroom to demonstrate what could be achieved. One of our demonstration areas is designed as a multi-function media room. Showing automated blinds, lighting, automated projector lift and screen all from the touch of a button on a iPad.

The client was suitably impressed and also loved the control element offered by Control4 but was concerned that he may go over budget. We were confident that we could specify the right equipment and deliver within the customers original budget and we actually completed slightly under.

To ensure the equipment was virtually invisible when not in use , a Draper Sesame in ceiling screen and Pure Theatre projector lift was used . All AV and control equipment was located in a purpose built cupboard under the stairs area with ducting to an outside air vent to ensure adequate ventilation. Monitor Audio ceiling speakers completed the aesthetic part of the installation whilst providing incredible sound quality.

A Sonos music system was incorporated into the system to provide easy access to the client’s considerable Itunes collection from the customers iPad. The iTunes account was index linked to a Nas drive so any music from Itunes is available via Sonos all of the time .

All Cinema and Media rooms installed and commissioned by ourselves are calibrated using THX recommendations to ensure the best cinema experience for our customers. THx calibration discs, sound calibration equipment and Audio Tools software as well as the Onkyo’s Audyssey calibration system utilised in the process.

Simply Reliable and Design Machine software packages are used to provide quotations , technical drawings and reference guides for our customers

Probably the biggest complement we have had from this installation came from an unlikely source . Several months after completing the installation one of our engineers returned on a scheduled visit just to make sure everything was working as intended. After an hour on site the client’s handyman called in and couldn’t believe the system he was seeing. He explained to the engineer that he had been in the study a few hours earlier and wondered how we could install a system so quickly. The engineer politely explained that the system had been in several months and was designed so it was not noticeable and in this case had obviously worked ! If only we could install systems to this standard that quickly. Best compliment ever !

A few months later ( not a few hours ) the end result is a Study area which doubles up as a fantastic media room. 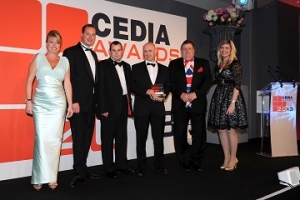